The recent core update by Google has been pretty exciting, and this press review focuses mainly on dissecting the many aspects of the update, potential new features introduced, and the many ways you can prepare your websites for it.

John Mueller, a webmaster trends analyst at Google, was recently asked about the best way for businesses to respond to changes in their ranking and traffic due to core Google updates. If you’ve been running a campaign for any substantial period of time, you know how annoying and dishearting it is to see half of the organic traffic vanish almost overnight due to an algorithmic update. John explained why he can’t answer the question, because of all the changes, it is exponentially hard to pinpoint exactly why your content might be performing worse than usual, and you might need to double-check everything to learn the cause.

2. Google: Core Update Is Not Like The Panda Algorithm

The Panda algorithm is perhaps one of the biggest updates released by Google – it was released in 2011, and it made sweeping changes to the underlying ranking algorithm to better deal with low quality and spammy content. Due to the update, a ton of sites lost most of their traffic, and there have been widely circulated tutorials on how to best deal with it and update your content to stick to the new guidelines. Due to how influential this update was, now, whenever a new update is released, many people start talking about applying the same ‘Panda tactics to it. This is a great article about why that is meaningless and misleading.

Read more: Google: Core Update Is Not Like The Panda Algorithm

3. Google’s John Mueller Explains How Sites Without Backlinks Are Discovered

Site indexing is a tricky thing, and many websites don’t know how their webpages are being indexed without any action of their own. John Mueller, webmaster at Google, was recently asked how websites that have no backlinks get discovered by the crawler and indexed, and he provided a few explanations for how it might happen:

If you absolutely want your website to not be linked at all, you should use the noindex tag.

4. How to Make Online Reviews One of Your Most Powerful SEO Weapons

It is vital for you to diversify your SEO campaign if you want to see the best results, and as a study by Moz shows that online reviews make up 10% of how Google decides ranking in its SERP, it is an excellent way to boost a site’s ranking. This article goes in-depth into how you can effectively use reviews, what matters most about them: numbers or quality, and how can you make it scale to work for larger projects. All of this with hard data and self-explanatory charts that will make the learning journey a cinch.

Read more: How to Make Online Reviews One of Your Most Powerful SEO Weapons 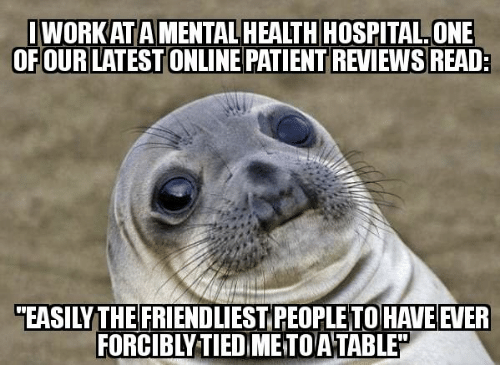 It seems Google is testing the waters with a new section in its SERP titled ‘Posts’, where Google will display Google posts related to your search inquiry. Google Posts is a new service that lets you post social media-esque content directly on Google, which seems to be already favored by the ranking algorithm. Most SEO already realize how important it is to maintain an active social media presence if you want to increase organic traffic, but the introduction of this feature will give you extra incentives to up your Google Post game, as well.

6. The Ultimate Guide to Strengthen Your Local SEO Strategy

In an increasingly globalized world with many businesses turning national and even international, there is a distinct space opening up for local businesses and local SEO campaigns – If you have a business, you might want to start looking at local SEO before targetting bigger goals, and this is for a few reasons:

Wix is a drag-and-drop website creation tool that is quite popular, but it is also infamous for its bad SEO and inflexibility, and the company has been trying to change the internet’s negative perception of it by working hard on improving its performance. The SEOs at Ahrefs made a sweeping study analyzing more than 3 million websites created with Wix and compared their performance with 3 million websites created with WordPress. The results of the study might surprise you.

One of the more acute shortcomings of search engines and internet crawlers that has seen little progress for a decade now has been analyzing and categorizing internet media (images, videos, and audio files). We do a lot of things to make sure Google understands and indexes our images and videos correctly, and now, it seems Google wants to introduce a new feature that makes videos more useful. The result pages now might have the capability of indexing videos at specific timestamps and making them searchable. This feature could make videos an even more powerful SEO tool than they already are.

9. Five Things to Do on a Small Digital Marketing Budget

When you are juggling a few marketing campaigns, it is extremely hard to decide where to allocate the money and determine how successful your strategy is. Especially with clients that have a small budget, you need to be quite judicial about your use of the funds.  This article goes into detail on how to run a great marketing campaign on as little money as possible, it is bound to be a lifesaver for SEOs who work with many small clients.

Read more: Five Things to Do on a Small Digital Marketing Budget

It’s important to look at hard data when you want to determine the effectiveness of a tool or strategy, and the articles we featured in this press review show that – it’s easy to find any two articles on the internet in support or in opposition of any single thing, but it is quite hard to find an article that explores a topic with cold hard data.