Why can’t I see my AdWords ads? 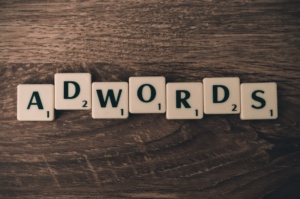 This is probably one of the most frequent questions AdWords specialists get. The answer is far from straightforward as every case is different. Furthermore, the fact that the ad is not visible in search results doesn’t have to indicate that the campaign is not active and that the ad is not actually visible. Below are a couple reasons why clients usually don’t see their own ads.

One of the crucial criteria used when configuring a campaign is the daily budget input. No AdWords campaign can be launched without it. With a heightened interest in ads or a lowered daily budget, the funds may be used up even within 2 or 3 hours after the ad has been aired. Of course, on the following day, the ad will be shown again as scheduled until the daily budget runs out.

When checking the visibility of your ads, are you 100% certain that the phrase has been added to the campaign? Is the ad scheduled for exactly the date and time when you’re conducting your search? Perhaps your ad is targeted to London while you are physically in Manchester? These questions may appear to have obvious answers, but that might be far from the truth. Make sure you know what they are before they annoy you.

In accordance with Google recommendations, the visibility of AdWords ads shouldn’t be checked manually, i.e. by entering key phrases into the search engine. Even though this might appear to be the most obvious, most intuitive way, it can be very misleading. Why? First of all, it’s very important to consider the fact that Google always aims to provide users with results that match their preferences as closely as possible. This way, should the system detect that the ad is not interesting to the user (it gets no clicks from them), it will soon be replaced by a rival ad:

„If you repeatedly search for your own business on Google but you don’t click your ad, you may stop seeing the ad after a while. That’s because Google’s system recognizes your computer and stops showing ads that it thinks you aren’t interested in.”

More and more people are using ad blocking systems. We quickly get used to their subtle presence, so it’s easy to forget that the system blocks all ads, not just those of our competitors.

After initiating or editing an ad, it must undergo a privacy check. This procedure usually doesn’t take long, but the ad can only be displayed after the process is complete. There are also times when the ad will be rejected by the system, even if it was active before. This can be influenced by  number of factors, e.g. the URL of the target website might be inactive. Of course, Google always alerts the account manager of such situations. However, after the reason for the rejection has been removed, the ad must be verified again.

Google AdWords is a bidding system. It is important to regularly check the CPC rates – including whether they’re high enough for the ad to land on the first page of Google search results. After all, the competition never sleeps – everyone wants to land as high as possible.

As you can see, there are many contributing factors, and this article touches on only a couple of the nuances we’ve encountered during our work – and those are still only the most frequent ones. When in doubt, always keep calm, take a deep breath and contact your supervisor to determine the cause for the lack of visibility. After all, we’re here for you.

We also recommend taking a look at the Google Help Center: